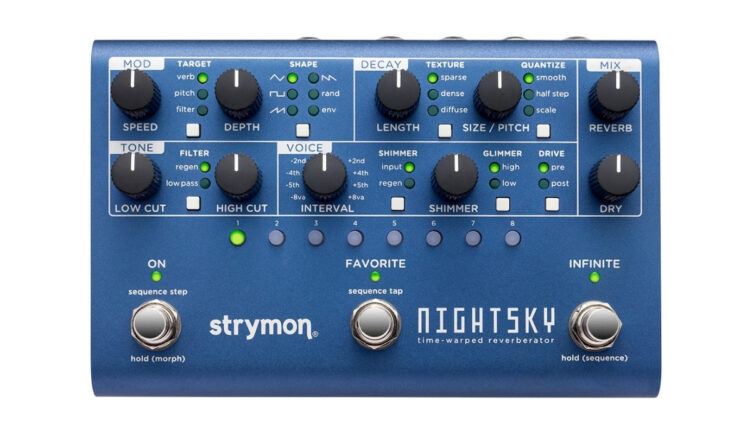 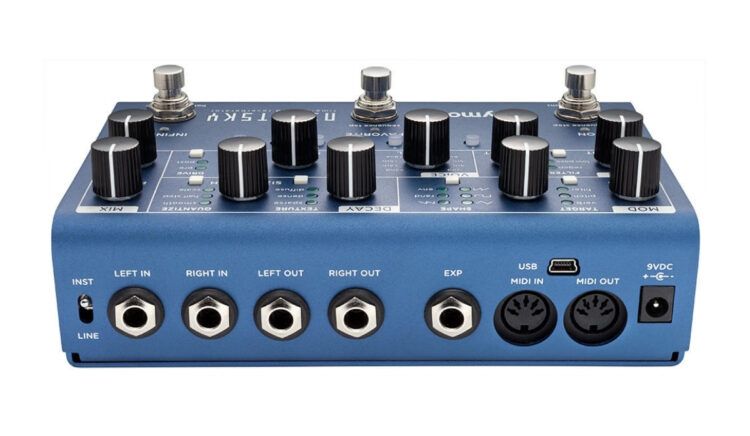 Create vast soundscapes with just a few notes from your instrument. Apply mind-bending pitch and harmonic manipulation to your reverb tails, with synth-like filter sweeps. Enter a world of new sounds that blow away the boundaries of what is possible with reverb. With pioneers and adventurous sonic explorers in mind we created a reverb pedal that can go where none have gone before.

NightSky is a reverberant synthesis workstation, and a powerful, hands-on experimental sound design platform. NightSky gives you real-time continuous control of reverb pitch/processing rate/core size, harmonics, and even a synth-like resonant filter with multiple modulation waveshapes, plus a step sequencer with variable glide. You haven’t heard a pedal like this before.

The Rules of Space and Time Have Been Rewritten.

NightSky is a reverb pedal you will want to get your hands on. Deep and powerful sound manipulation with instant response knob-tweaking and no menu diving set a new standard in experimental reverb sound design.

NightSky achieves some of its most mind bending sounds by using a Variable Process Rate for its reverb core, allowing you to simultaneously change the size of the reverb as well as the pitch. This pitch change can be completely smooth, or quantized to a variety of musical scales. And it can be sequenced.

NightSky evolved from a desire to push the envelope and challenge the conventions of traditional reverb while also paying homage to the experimental reverberant sounds from decades past.

It started with the variable rate core. Once that was nailed down, we knew we had to complement it with a set of sound-shaping features that could take full advantage of the unique possibilities and expand them exponentially. This led us to a full-featured modulation section, a 4-pole resonant filter, and a unique Voice section to control the reverb’s harmonic structure

NightSky gives you three distinct Reverb textures to choose from: Sparse, Dense, and Diffuse. The Sparse reverb creates reflections that are far enough apart from each other to be audibly distinct. Legato notes create a lush but pleasingly clean sound field, while staccato notes reveal individual echoes in a way that is well suited for sound design and special effects. The Dense reverb texture is an immediate-response reverb with a smooth sound field, featuring sonic characteristics similar to a plate. The Diffuse reverb creates a slow-building, atmospheric wash that excels at ambient, swell, and even reverse-like textures. The Diffuse reverb deconstructs and spreads transients over time to achieve its bloom-like effect.

NightSky jettisons tradition and opens up a new universe of possibilities by using a variable rate process to expand and contract the reverb core size. This changes the reflection density and response of the reverb while retaining the integrity of the audio within the reverb. The result is a reverberated signal that can be transposed, sequenced and pitch modulated for interplanetary approval.

Inspired by the classic shimmer effects pioneered in the ’80s using digital reverbs and pitch shifters, NightSky’s Shimmer voice is carefully created from the reverberated signal itself to generate maximum radiance and beauty. Call forth deep, low ambient string sections with the octave down setting, or spacey ethereal textures with octave up. In between the octaves are several musically interesting intervals available for shifting the harmonic structure of the reverb. The Shimmer processing can be applied at the reverb input only, or can regenerate within the reverb core for ever-ascending or descending pitches as the reverb decays.

Explosions in the NightSky.

NightSky’s Drive feature generates saturated overdriven harmonics that can either react to the signal going into the reverb core, or dynamically distort the reverb’s output in a very interactive way. When Drive is applied at the input to the reverb, digging in generates more distorted harmonics, so you can dynamically “play” the distortion going into the reverb core. Placed on the reverb output, Drive acts as a soft-clipped limiter, reacting dynamically with the complexities of the decay of the reverb. This can produce interesting distorted stereo panning effects, as reflections on either side of the stereo image surpass or recede below the amplitude necessary to generate noticeable distortion. The harmonic complexity created by the Drive block is perfectly suited for sonic sculpting via NightSky’s low pass filter.

NightSky features a beautifully tuned 4-pole 24dB/octave low pass filter with a user-selectable resonance amount for gorgeous synth-like filter sweeps of the reverb output. The low pass filter is especially effective at shaping the distortion products from the Drive section. When used with NightSky’s Modulation section this filter reveals the inspiring power of subtractive reverberant synthesis. The low pass filter can also be swapped for a high cut filter that removes high frequencies from the regenerating reverb core to create a reverb that gets darker as it decays. Also in NightSky’s TONE section is a low cut filter that removes low end content both at the output and in the reverb core

Add motion to your sounds with NightSky’s Modulation section. Create slowly evolving ethereal textures, or push the limits of wildly experimental sound design. Triangle, square, ramp, saw, random, and envelope waveforms can be used to modulate your choice of targets: Modulate the delay lines within the regenerating reverb core, or modulate the size/pitch (process rate) of the reverb core. Or, for very synth-like sounds, modulate the resonant low pass filter.

Unlock the Power of Morph.

NightSky’s Morph feature allows you to seamlessly go from one set of knob positions to another at the press of a footswitch, at any Morph speed you choose. Use it to gradually vary modulation speed and depth, or morph from a subtle short-decay reverb to a huge, mysterious, modulated long-decay reverb. You can morph between different size/pitch settings or even morph between shimmer intervals. Turn up the resonance on the low pass filter and use Morph to sweep the filter’s center frequency, sweeping through audible harmonics as you go. Morph settings are saved per-preset, making it a powerful live performance tool.

NightSky features a powerful and easy to use eight step sequencer. Each step effectively changes the SIZE/PITCH setting and can be easily tuned in half step increments or to notes in the musical scale of your choosing, or can be tuned freely with no pitch quantization. The sequencer can be set to advance a single step each time you press a footswitch, or can run automatically at a tapped tempo. Individual steps can be instantly activated or deactivated as the sequence runs, and you can set a variable glide time for smooth pitch transitions between steps. Sequences are saved per preset.

NightSky’s INFINITE footswitch freezes the audio at the input to the reverb core, and any new audio can still be processed by the reverb on top of the frozen audio. Not only does this allow you to create a lush ambient bed to play over, it offers a whole new world of possibilities when used in conjunction with NightSky’s sequencer. Now you can repitch that frozen audio by predetermined intervals stored in your sequence, creating on-demand chord changes to play over, or single note sequences to set a groove.

NightSky’s front panel offers an abundance of control over your reverberated signal. Should you desire to venture even further beyond the ordinary, there are several secondary parameters to add to your sound design toolkit.

Infinite Input Mode – With Infinite mode, select whether additional input signal gets processed by the reverb and sequencer or passes through unprocessed
Glide Time – Set the Glide (portamento) speed for the sequencer
Pre-Delay – Adjust pre-delay from 0 to 500ms
Scale Select – Choose from eight different scales when scale quantize is selected
Filter Resonance – Vary the resonance from gradual rolloff to sharp peaking response when low pass is selected
Glimmer Gain – Adjust the intensity of the Glimmer effect
Drive Gain – Set the intensity of the Drive effect
Morph Time – Adjust how quickly settings morph between each other 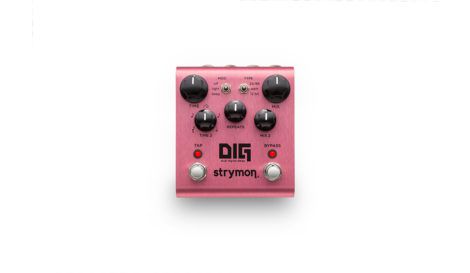 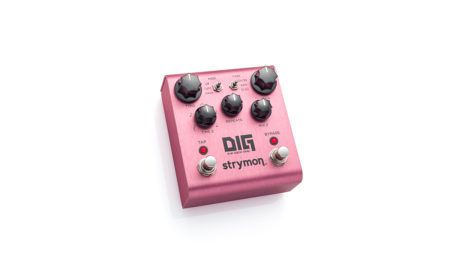 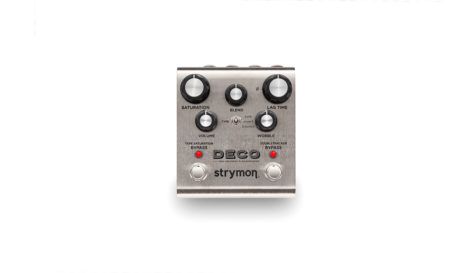 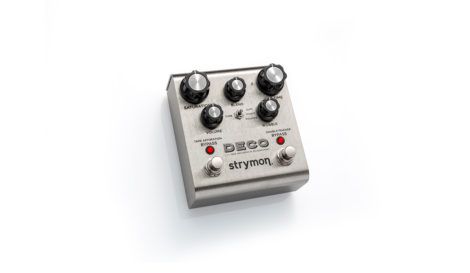 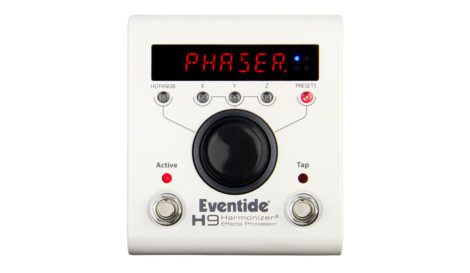 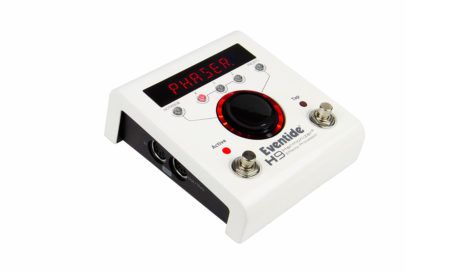 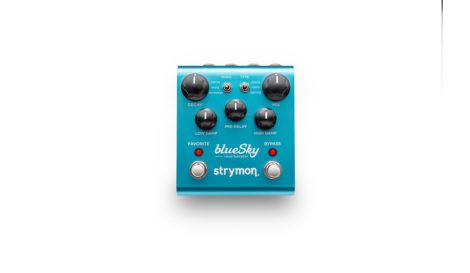 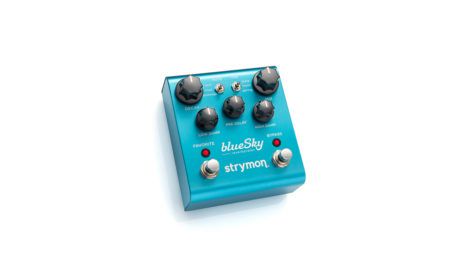 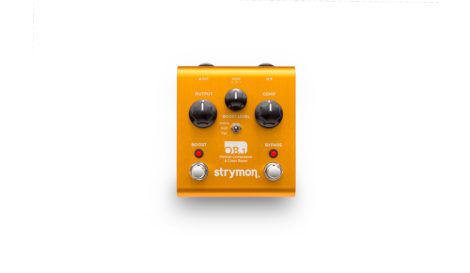 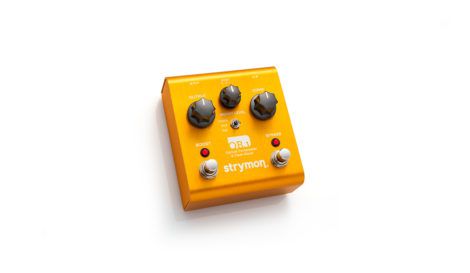 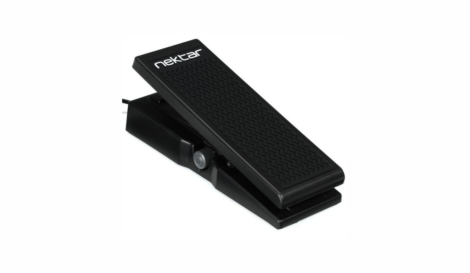 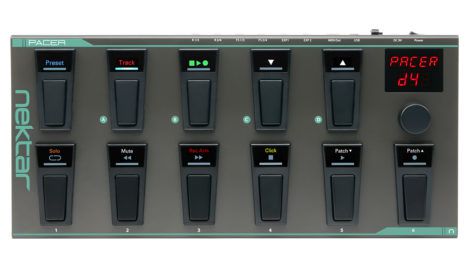 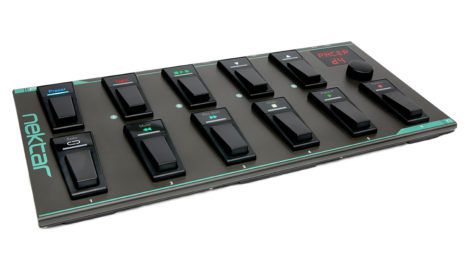 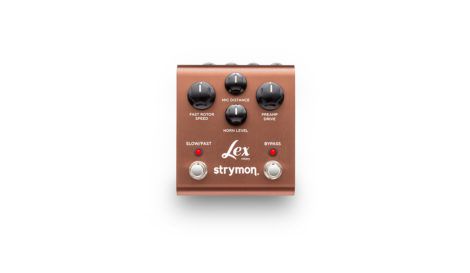 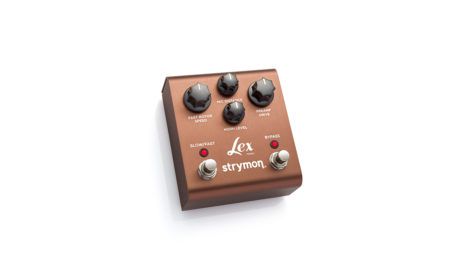